Let's have a closer look into December'22 cover month

The market has shown its hand last week and EAP believe that any rallies in the Cotton market, up to the 200 day moving average at 105.25 should be sold. We would be surprised to see Z22 reach the 120’s again this season and longer term, EAP remain of the belief that the 22/23 season will prove to be an inverted one, with the final low at the end of the season and scale up selling into any strength over the coming days will likely prove to be prudent. 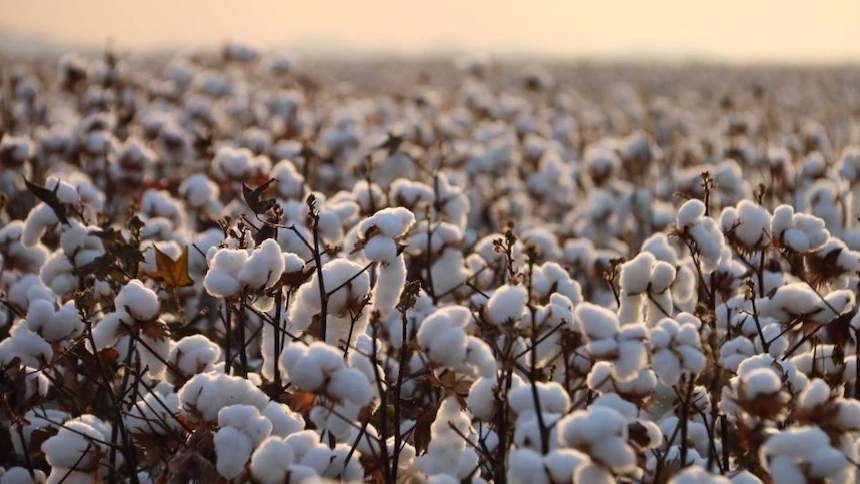 Average price of CTZ for the past 50 years.

In the past 50 years of data, highs in CTZ have occurred 7 times each in the months of January and May.

Interestingly enough, we have also seen CTZ hit its lowest price in the month of January 11 times and 10 times in November.

Average price of CTZ for the past 50 years

Average price of Cotton per decade

With the current economic environment we are in, we think this downward move isn’t quite finished yet, however we expect the market to bounce in the near term. 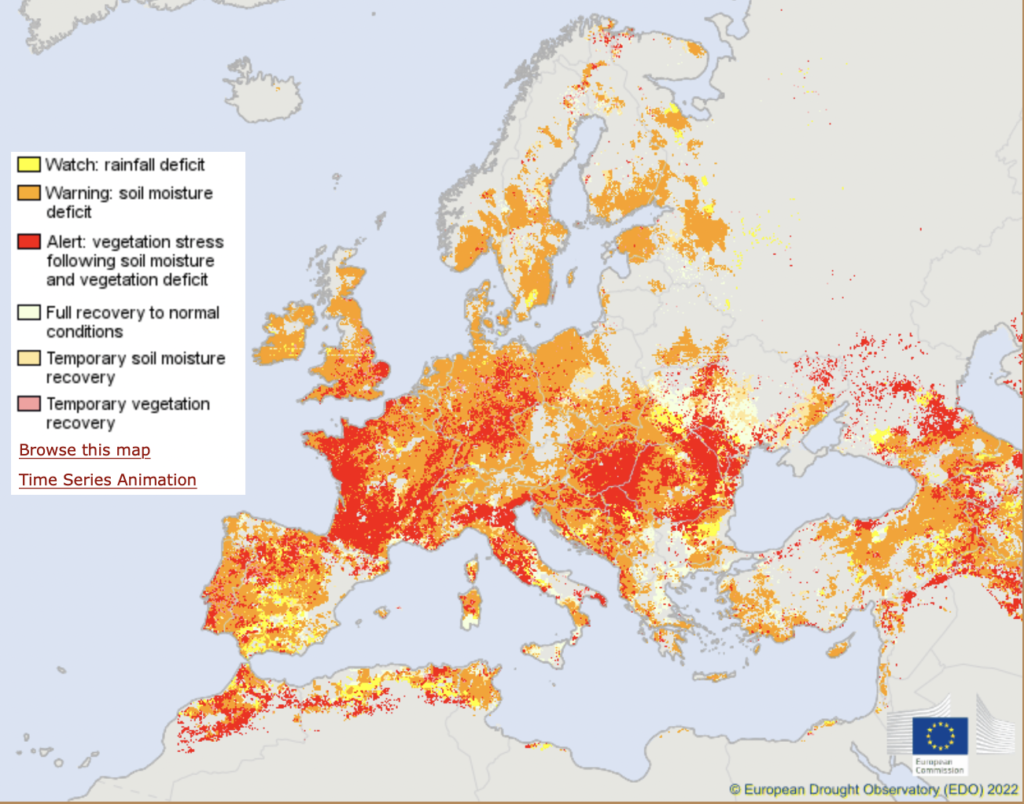 The market is facing mounting macroeconomic pressure. The weather premium for U.S. market is back for now production and yield estimates have been reduced. We may see further downgrades and reductions in both the U.S. and Europe. Demand has picked up but the question mark remains on whether the funds will build back an even larger long position which would be the catalyst for a big move. In short, we need to see some bullish news or technical buying in order to change the “funds” appetite for grains. 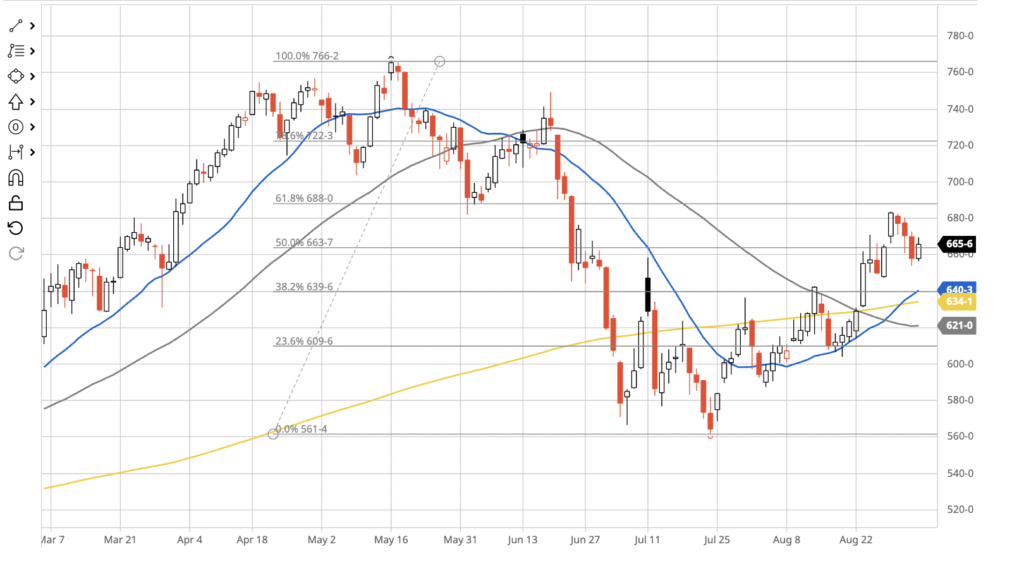 December Corn’22 (ZCZ22) –  Technically, the market met strong resistance between at the prior swing high 682.00 – 688.00 which coincides with the 61.8% Fibonacci Retracement level. The market remains far above the major moving averages but will need to close above the mentioned levels to bolster the bullish view.

Cepea, September 2nd, 2022 – Cotton prices resumed rising in Brazil in August, after dropping for two consecutive months. This recovery was linked to sellers’ firm stance on quotations, due to the valuation of cotton contracts at ICE Futures (NY) and the export parity value. Low supply in the domestic spot market, majorly of higher-quality cotton, helped to push up prices in Brazil. It is important to consider that less than 50% of the national crop has been processed, and that agents are focused on accomplishing term contracts.

Some purchasers that were interested in closing deals along the month raised bidding prices, however, liquidity was limited by the difficulty to match quotations and quality.

Sellers closed term contracts in August, even for 2023. However, these agents have been evaluating both the quality and supply of the current cotton crop. It is important to consider that, in some regions, productivity may be lower than that initially forecast, leading sellers to wait for the progress of the harvesting to resume trading.

HARVESTING AND PROCESSING OF THE 2021/22 CROP – Data from Abrapa show that 95% of the Brazilian 2021/22 crop of cotton had been harvested by August 25. As for processing, 40% of the total has been processed, according to Abrapa. Source: CEPEA

Cepea, August 18th, 2022 – Cotton prices resumed rising in Brazil in the first fortnight of August, boosted by sellers’ firm stance. These agents made low volumes available in the spot market, majorly higher-quality cotton, prioritizing the accomplishment of term contracts. Besides, recent high valuations at ICE Futures and of the export parity helped to push up quotations in Brazil.

As for purchasers, processors were buying cotton enough to continue operating and still reported difficulties to match price and quality.

In this scenario, between July 29 and August 15, the CEPEA/ESALQ Index for cotton rose by 2.6%, closing at BRL 6.1453/pound on August 15. In the first half of the month, domestic prices were 14.6% higher than the export parity value, on average.

Average price of Soy for the past 50 years.

Average price of Corn for the past 50 years.

Average price of Wheat for the past 50 years.